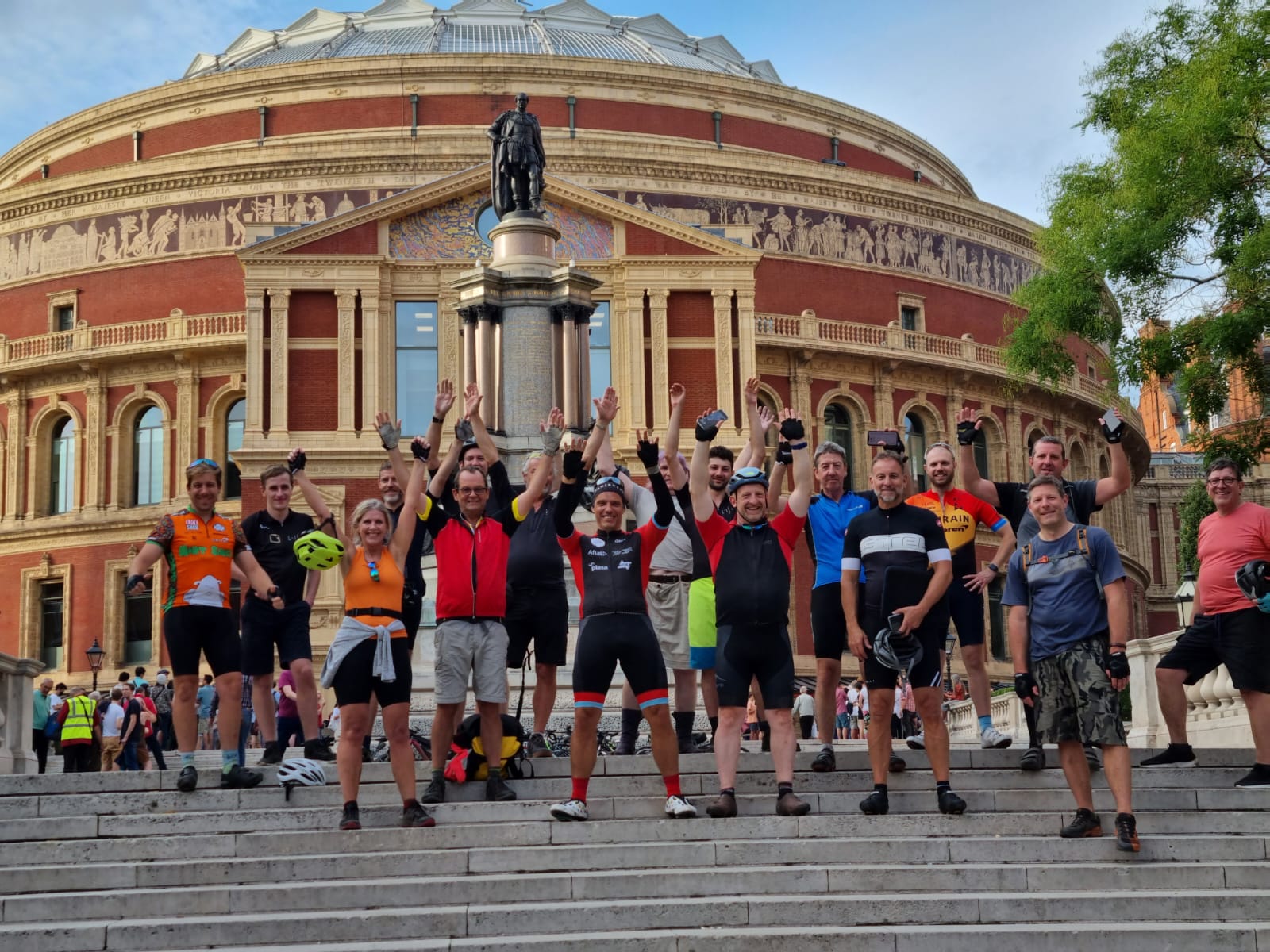 On Saturday 3rd September, a team of entertainment technology industry professionals cycled from SFL in Reading to the Royal Albert Hall in time for PLASA Show in London. The annual ‘BikeFest’ event raises money for industry charities, while nurturing cross-industry camaraderie in a fun and challenging way.

PLASA’s Managing Director Peter Heath, comments, “BikeFest is all about the people in our industry, many of which have suffered terribly over the last couple of years – but who are still absolutely committed to the entertainment technology industry. Through BikeFest, we not only raise funds for an increasingly important cause, we build bridges across the industry, which in turn strengthen the entire live sector.”

A team of approximately 20 cyclists braved the journey this time, representing some of the biggest names in the entertainment technology industry. The team of ‘racing snakes’ covered 80+ miles over the strenuous Surrey Hills. While the affectionately named ‘slugs’ team cycled 40 miles to London, traversing roads, gravel paths and the occasional field.

Unexpected torrential rain added an extra challenge for both teams. Several others joined in for the last leg from Richmond Park. Together they raised nearly £2,000 for the #WeMakeEvents-supported charities, including Backup Tech, with donations still rolling in.

Furthermore, the first Bikefest undertaken in Spain took place earlier this year. The hardy team cycled over 400km from Valencia to Barcelona in Spain, raising funds for industry charities and raising awareness of the importance of the events supply chain. Moreover, BikeFest Spain 2022 marked the notable absence of the ISE trade show.

Building on the same objectives, the next BikeFest will take place in Spain from 27-29 January 2023, leading up to the return of ISE in Barcelona. Once again, the team will take in the beautiful Mediterranean scenery whilst creating new connections and a sense of camaraderie for all those taking part.

Juan Jose Vila from Equipson and #WeMakeEvents Spain adds, “I have always been passionate about cycling as well as the entertainment industry, so when I heard of BikeFest, I knew I had to bring it to Spain. With ISE in Barcelona, it is the perfect opportunity to raise awareness of our industry. It’s an amazing journey, so if you’re up for the challenge, I invite you to join us in 2023!”

Find out more about BikeFest: www.wemakeevents.com/bikefest