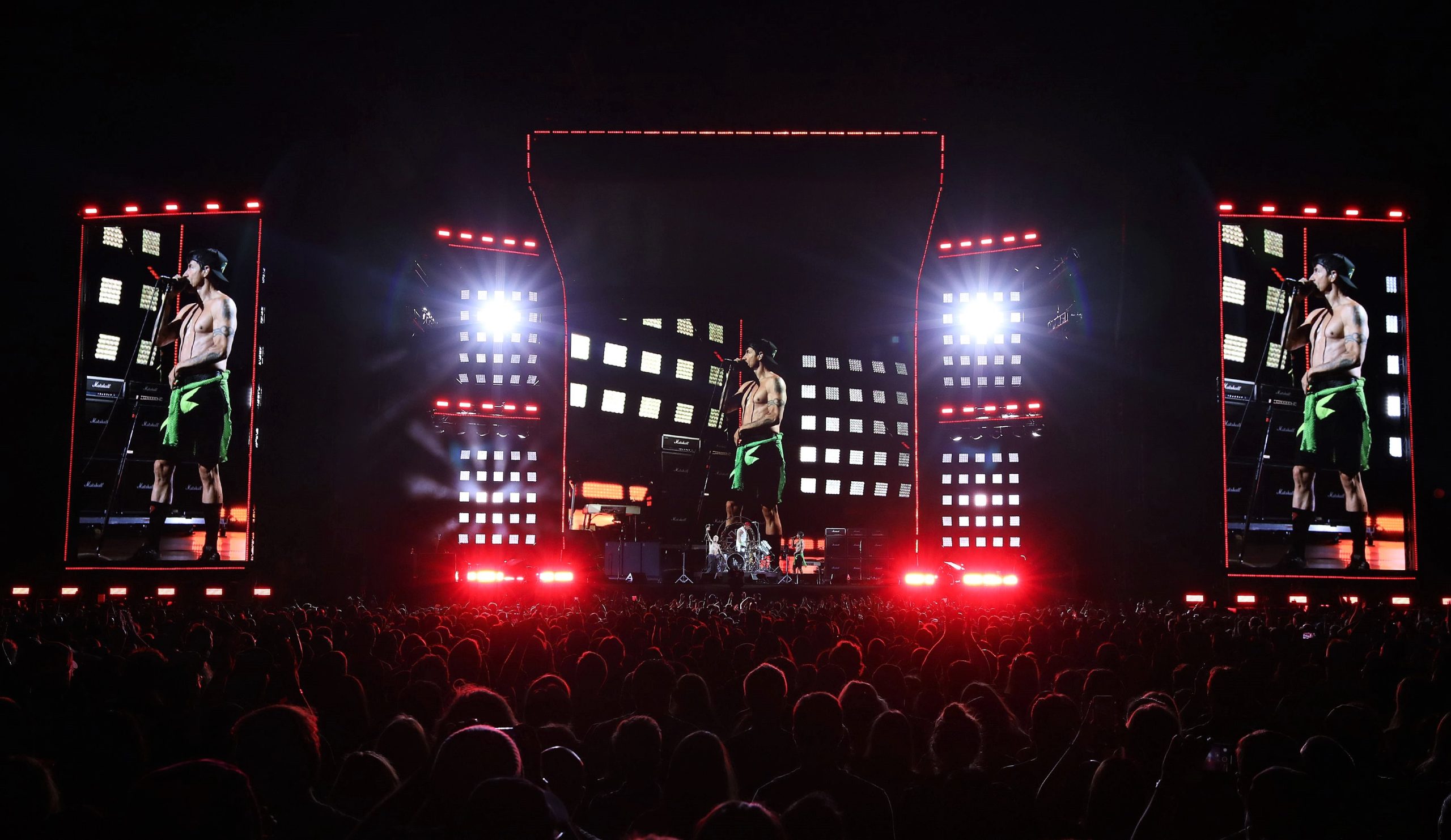 “We are deeply grateful and savouring every nanosecond of this,” Flea proclaimed to fans at the start of one Friday night show on the Red Hot Chili Peppers Global Stadium Tour. It’s a safe bet that everyone in the sold out arena knew exactly how the legendary bass guitarist felt. None of them would have traded that moment either, as they joined the Rock and Roll Hall of Fame band on a two-hour musical odyssey that wove its way beautifully through classic hits and new material, with plenty of spontaneous bursts of silky, smooth jams thrown in.

Set lists have been more or less a formality on this tour; the band tends to come up with new ones as they travel to keep things sparkling fresh. Reflecting the open exhilarating spirit of the music every step of the way has been a sweeping, panoramic light and video show by Scott Holthaus and Leif Dixon that includes over 250 CHAUVET Professional fixtures supplied by Premier Global Productions.

Like the music of the clients it supports, the production design seamlessly blends various parts into a magnificent, multi-faceted, and always captivating whole. Just as the four rockers from LA fuse their performances into a single harmonious sound, the design team often blurs the lines between lighting and video to create a unified compelling visual. 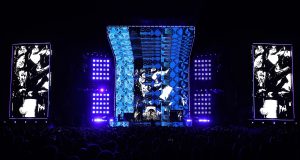 “The most important thing in this show has been to have the generative video spill off the screen and into the surrounding lights to let them work together as opposed to programming lighting that would be similar in colour tempo,” said Holthaus, who began working for Red Hot Chili Peppers in 1999. “Geddy (Anthony Kordyjaka) from Premier Global Production was instrumental in putting together a rig that would allow us to achieve this balance between video and lighting.”

A key part of this balanced rig are is its collection of 68 COLORado PXL Bar 16 and 180 COLORado PXL Bar 8 fixtures. “These fixtures have a crisp squarish beam, which makes them perfect for using with the video walls,” said Holthaus. “I wanted to have fewer fixtures, but brighter fixtures in the rig… and the PXLs are crazy bright. Plus they do a good job pixel mapping.”

The COLORado PXL Bar 16 motorized batten fixtures are used to accent the three video walls with uplighting from the stage deck and down lighting from the top of the structures. They’re also relied upon to define the two banks of panel lights that flank the central video wall on either side. Most of the smaller COLORado PXL Bar 8 fixtures outline the tops and sides of the walls.

Adding an extra jolt of visual power to the display are the four COLOR STRIKE M motorized strobe fixtures that run across the stage deck below the centre video wall. Being a curved structure, the video wall conveys a wave-like sense of fluidity that captures the free-flowing nature of the band’s performance. By extending video images from the back to the top “ceiling” of the wall, the design team is able to create mesmerizing 3D looks around the band.

“I am always thrilled when the wave shape of the curved screen is revealed at the top of the show,” said Holthaus. “It always gets a huge cheer.  Being a big simple structure, the video wall is in keeping with our vision for this design. It plays an extremely important role. ”

By shining lights through the blow through wall, the designers are able to add even more dimensionality to the show. They also turn the lights bordering the walls on and off in different patterns. This suggests the idea that the walls themselves are changing configurations, which in turn keeps the stage looking fresh. That’s exactly the sort of vibrancy that has been a trademark of the Red Hot Chili Peppers.