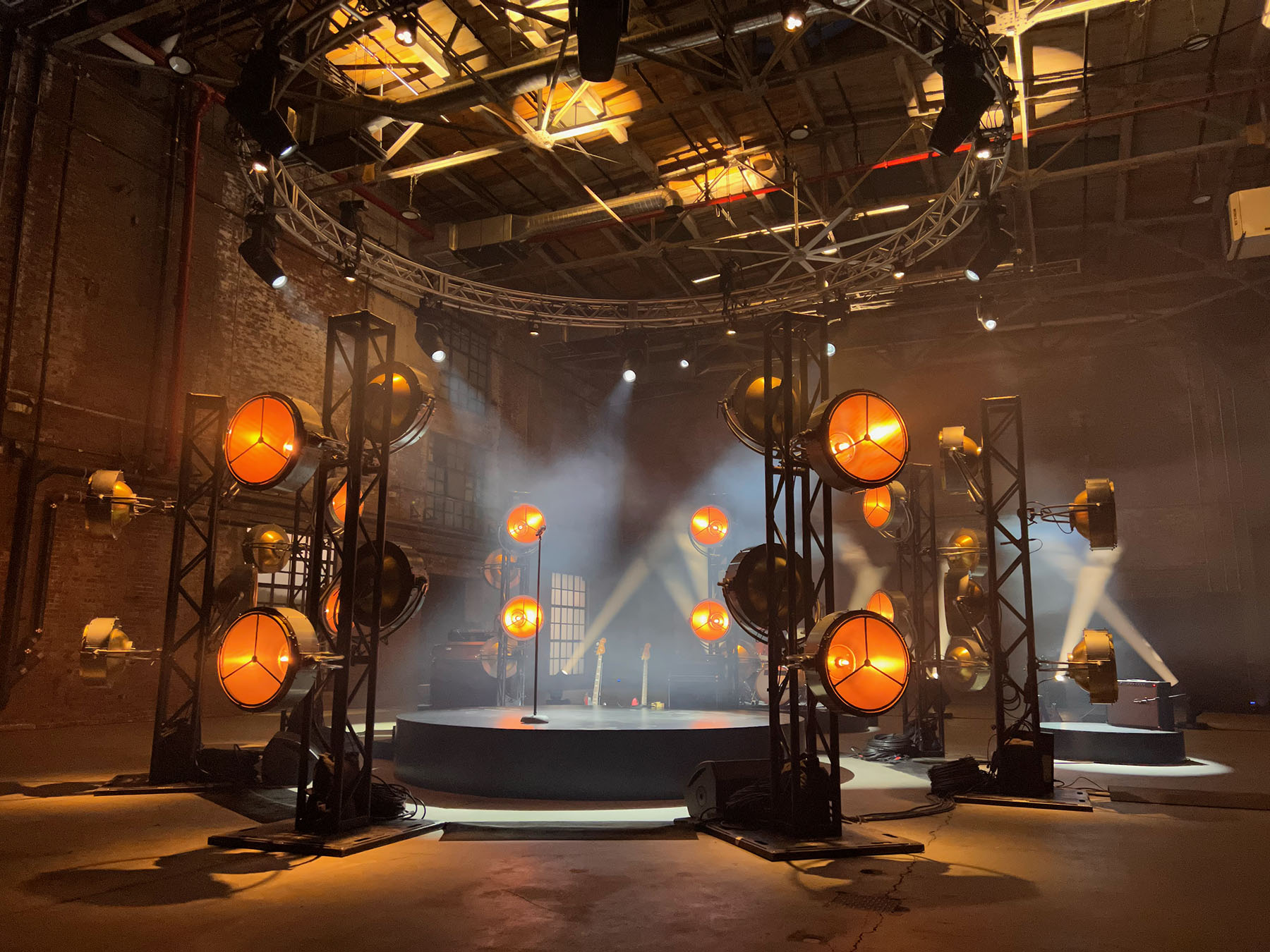 New York based lighting designer Myles Mangino used the stylish appearance of Robe’s PATT 2013 luminaires and the excellent CRI and crisp optics of their ESPRITE moving lights to add a touch of class to a video shoot for music producer Mark Ronson featuring singer Lucky Daye.

The music video was for a special version of the slick, smooth and rhythmic groove, “Too Much”.

These were sourced by the shoot’s production vendor, ATD Audio Visual.

Myles’ initial brief from the producers included a request for some tungsten warmth as background scenic to enhance an authentic retro vibe, and he “thought of PATT 2013s for their effect, and the way they look”. It was the first time he had used these lights on one of his own designs, although he was aware of them.

It was a big empty building, so he used the general warmth and richness of the PATT 2013’s glow to break up the room evoking a feeling of intimacy, whilst still maintaining the perception of it being a vast and potent space.

The stage was built in the centre of the room with everything arranged around it, including the PATTs, rigged on six vertical trussing towers around the stage, pointing both inwards towards the artists and outwards, bathing the walls in a beautiful, delicate luminosity.

The video was a full 360º shoot on a single Steadicam, and with half the PATTs facing inward for lighting the artists and the other half facing outwards lighting the space, PATTs were always facing the camera!

“They worked great for this job with their shape and output, providing a great light source as well as nice background eye candy,” noted Myles.

The 11 x Robe ESPRITES were rigged above the stage on a circular truss in the roof and used for key lighting. This fixture has become a go-to for Myles when lighting videos, commercials, streaming events, and other camera-based projects.

“Yes, they are my new favourite fixture!” he declared.

He loves the optics, the clean beams, the range of colour corrected whites and the straight framing shutters which are always handy, although he didn’t use them much on this specific occasion.

Myles programmed and operated lighting on a grandMA3. There was a set up and rehearsal day followed by a single shoot day which all went very smoothly.

He approached lighting it like a fashion shoot coupled with a bit of art-house, starting “atmospheric and moody” and getting flashier and brasher with the lights as the song unfolded, which everyone loved in terms of style and ambiance.

“It ended up being a lot flashier than I initially thought,” stated Myles, adding that as an LD it was great fun to work on a project like this which proved to be an interesting video shoot and an inventive lighting showcase.