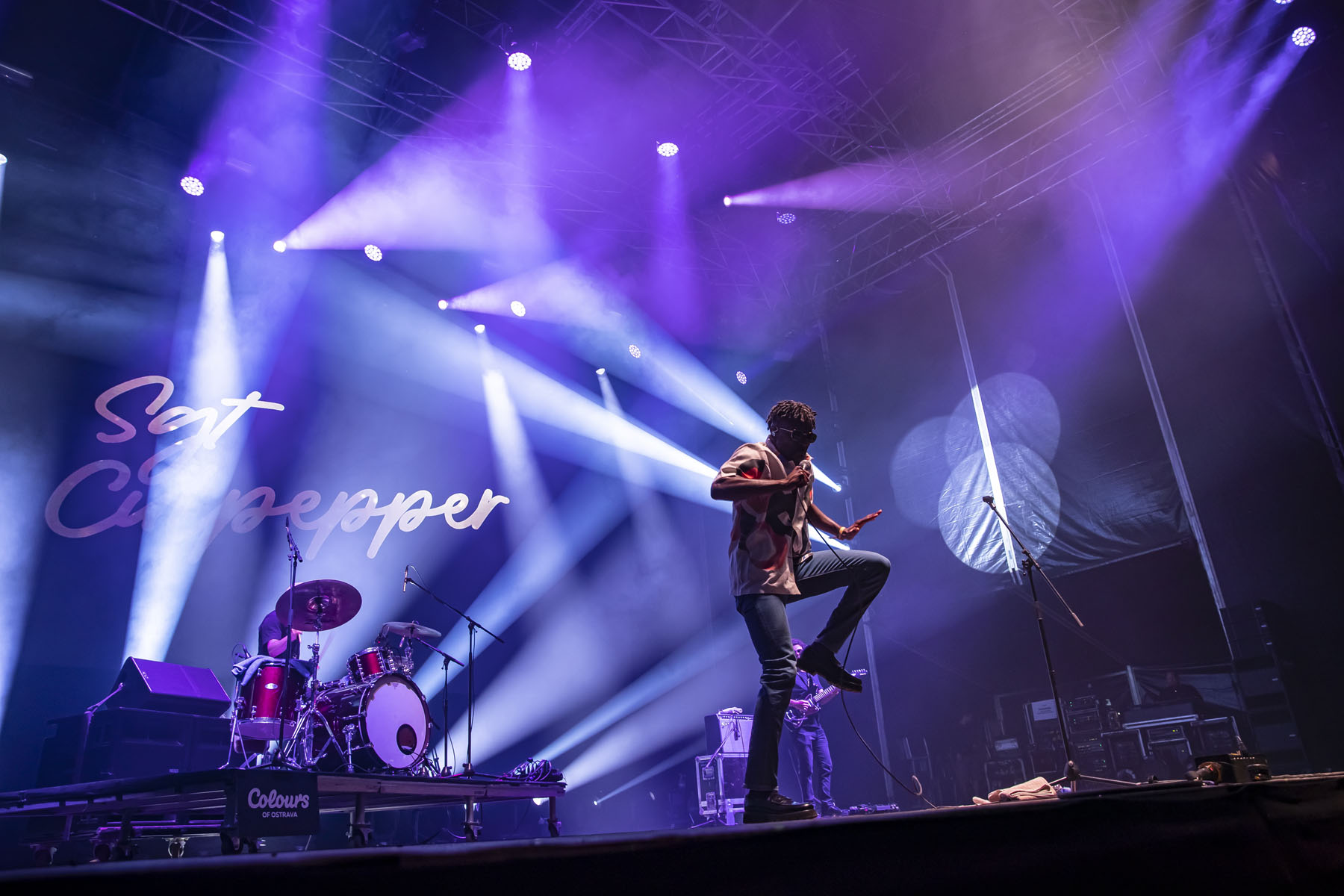 The four-day 2022 event is the largest music festival in the Czech Republic and one of the most popular in Central Europe, presenting multiple stages and a diverse line-up of mixed-genre local and international talent.

Technical production – staging, rigging, lighting, sound, video, audio, stage management and all associated infrastructure – for eighteen of the nineteen stages was co-ordinated by Prague-based SMART Production, with a team led by Josef ‘Pepa’ Ženíšek, and a Robe moving light rig made lots of impact on the Liberty Stage.

The Liberty Stage was full of Robe moving lights provided by rental specialist AV Media Events, and tech’d and run by Kamil Kruźík and Martin Nakládal.

When choosing their rig, they perused all the lighting specifications – Phoebe Bridges, S+C+A+R+R, Voice of Baceprot, Sam Ryder and many more – and based the rig on their riders, choosing 12 x Robe ESPRITES, 38 x Spiiders, 17 x MegaPointes, 12 x BMFL Blades and nine Pointes, plus strobes, blinders and MDG hazers for the production lighting rig, complete with grandMA3 light for control.

A relatively modest number of moving lights for a large stage space, but with the flexibility and features of these Robe luminaires plus some imaginative programming, this was enough to produce a series cool and distinctive light shows for all.

Designed to offer the maximum options to as wide a variety of artists as possible, Kamil thinks that Robe is generally “a fantastic choice for festivals and a great solution,” adding that guest LDs are “always happy” to work with the brand.

With 4 or 5 performances a day on the stage – and only the final one or two playing in complete darkness – it was vital to have bright and versatile fixtures which would also register on camera for the daylight slots.

Robe ESPRITES were used for front lighting, keys, and specials. Both Martin and Kamil commented on the great range of CT whites and the rich and powerful colour palette of these and all the other Robe fixtures. Martin noted that the colours across the Robe product ranges are “exceptionally consistent” which makes for cleaner more streamlined scenes.

MegaPointes, Spiiders and BMFLs are already firmly established festival favourites worldwide while the latest LED luminaires like Robe’s ESPRITE and FORTE are fast becoming popular as a contemporary signature luminaire.

Martin ran the lights for most artists arriving without their own LDs or operators, including producing a dramatic hi-energy show for all-girl Indonesian rock trio, Voice of Bracepot. He noted that “obviously you need plenty of scope with any festival lighting rig to cover all the different music, but reliability is also key, and Robe are “some of the toughest and most reliable fixtures for this environment!”

Apart from that, naturally, both Martin and Kamil enjoy and are proud to be using Robe because it’s a Czech brand as well as a market leader!

They both relish working on the expansive steelworks site. Originally opened in 1873, all the processes involved in steelmaking, from the mined raw materials to the smelted finished steel were extracted and produced. Now a heritage site, it is full of towering industrial relics and impressive metal artefacts and a raw and impressive history as well as the charismatic home to the Colours event since 2012.

In The Main In-sites

Additional Robe fixtures were deployed around the site by SMART Productions including LEDBeam 350s for the Globe stage, and IP65 rated iPointes and Anolis ArcPad Xtremes which helped illuminate some of the impressive industrial architecture around this unique site.

Robe’s new Show Truck was parked up in the backstage village and provided a demo area and a VIP chill zone for lighting designers, operators and other crew who had the time to pop in for a chat and some refreshments.

The Show Truck is an inspiring new concept offering up to 180 square metres of fully mobile space to showcase Robe’s current trendsetting fixtures any time, any place, anywhere!

The trailer’s special roller shutter doors open to reveal a rig of up to 50 fixtures – fully configurable to suit the event – with a black box tent extension that can be rigged on the side for additional space. The body of the truck has an air-conditioned VIP / meeting zone with bar, and access to a roof terrace that can be utilized for anything from discussions and meetings to a high-level chill area for enjoying the summer sunshine … of which there has been plenty so far this year!

For Pepa and his core production team it was fantastic to be back with a full event and audiences of up to the 50,000 capacity each day.

Overlooked by the Bolt Tower, a high-rise observation platform built on top of one of the steelworks’ original giant blast furnaces, the 2022 event was based on 2020’s budget.

Ticket prices were frozen to encourage new sales in addition to those already purchased for 2020, so that was a challenge for production, but SMART Production made it work and everyone was delighted to be part of the team running an event in which all of them are invested.

A vastly smaller event – NeFestival (NoFestival) – was staged in 2021 on the site for around 1000 people according to the Covid restrictions in place at the time, but nothing comparable to delivering a full and vibrant Colours of Ostrava.

Pepa has been the technical director since 2012 in which time the festival has grown exponentially in size and ambition offering all the fabulousness and high production values of today and a commitment to everyone leaving with a large smile.

The line-up planned for the 2020 event – cancelled due to the pandemic – remained largely intact give or take a few artists.

In addition to the key SMART Production crew plus their 18 stage managers, the total numbers of – including locals and artist personnel – amounted to around 500 accreditations.

The Česká Spořitelna and Liberty stages featured some gruelling overnight changeovers to accommodate headliners’ own production packages including LED screens and floor lighting, but for Pepa and the team it was exhilarating and fun to be working “properly” live again.

“There is absolutely nothing to beat the adrenaline rush of live performances with a real audience,” he concluded with a large grin.

Headliners on the Colours main stage were 21 Pilots, The Killers, Wadruna and Martin Garrix and on the Liberty Stage, Meduza, Voice of Baceprot, S+C+A+R+R and Larkin Poe topped the bill each night and thrilled the crowds.

With plenty of space for the festival population to move comfortably around the site, the daily performance schedule was sensibly staggered to allow music fans to safely move between the three largest stages – Česká Spořitelna, Liberty and the Drive – enjoying each of their unique musical sounds and styles to the max.