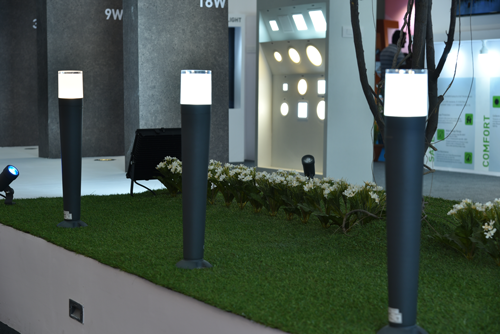 Following the grand success of LED Expo India, Light + LED Expo India is all set to raise its curtains from 3 – 5 November 2022 at Pragati Maidan, New Delhi. Deemed to be India’s biggest lighting exhibition, the mega trade event will deliver a strong impetus to local lighting and component manufacturers.

Implementation of road, housing infrastructure, and smart city development plans, coupled with the Indian government’s rally for localisation have created a manifold of opportunities for lighting manufacturers in the country. By capitalising on its manpower and technological strength, the Indian lighting industry can not only meet domestic demands but also emerge as a global leader in lighting technology production.

Strongly aligned with this transformational objective, Messe Frankfurt India and ELCOMA (Electric Lamp and Component Manufacturers Association of India) are geared up for the grand launch edition of Light + LED Expo India on 3 November 2022 in New Delhi.

Highlighting the shifting focus towards localised manufacturing and the launch edition of Light + LED Expo India, Mr Shyam Sujan, Secretary General, ELCOMA, stated: “As far as manufacturing of finished goods is concerned, the entire base has shifted from assembling of lighting to the manufacturing of end products. It is now desired to revive the manufacturing of maximum components and finished products in India. Since the Government’s push for ‘Aatmanirbhar’ with the issuance of PLI Schemes by DPIIT (LED light components) and MEITY (Semiconductors), it is expected that in the next four to five years, India will witness the creation of an ecosystem of component manufacturing thus reducing the dependency on imports. This sets up the context for organising Light + LED Expo 2022 where the industry shall witness a fabulous display of component manufacturing and finished LED light products. The exhibition is also expected to showcase a fascinating display of IoT enabled lighting & digital LED Technology which has a promise of excellent futuristic lighting applications in India.”

According to ELCOMA Vision 2024 report, IoT LED Lighting technology will be the future of lighting in India and on a global scale, it will grow at a CAGR of 19%.

Mr Raj Manek, Executive Director and Board Member, Messe Frankfurt Asia Holding Ltd, underlined the significance of the exhibition: “Light + LED Expo India will induce business interactions of an unprecedented scale, enabling local lighting manufacturers to showcase their extensive technological capabilities before local and global industry players alike. We are confident that it will have a burgeoning impact in the progress of India’s domestic lighting sector.”

“Building a localised supply chain is the ultimate pathway to India’s ascent as a global lighting technology hub and through our mega trade fair launch we strongly aim to support the lighting industry in this pursuit,” Mr Manek further remarked.

LED lights and the invention of smart and energy-efficient lighting systems as a whole have become an integral part of modern infrastructure, majorly contributing to industry demand. However, the dearth of domestic semiconductor manufacturers has continued to be a major drawback to the massive growth potential of the Indian lighting sector. With a PLI scheme of INR 76,000 Crore, the Indian government is currently working towards the development of semiconductors fab units and upscaling domestic production capacity within India.

Poised to be the most anticipated lighting exhibition in India, Light + LED Expo India 2022 will highlight India’s potential to become the world’s most lucrative lighting market.