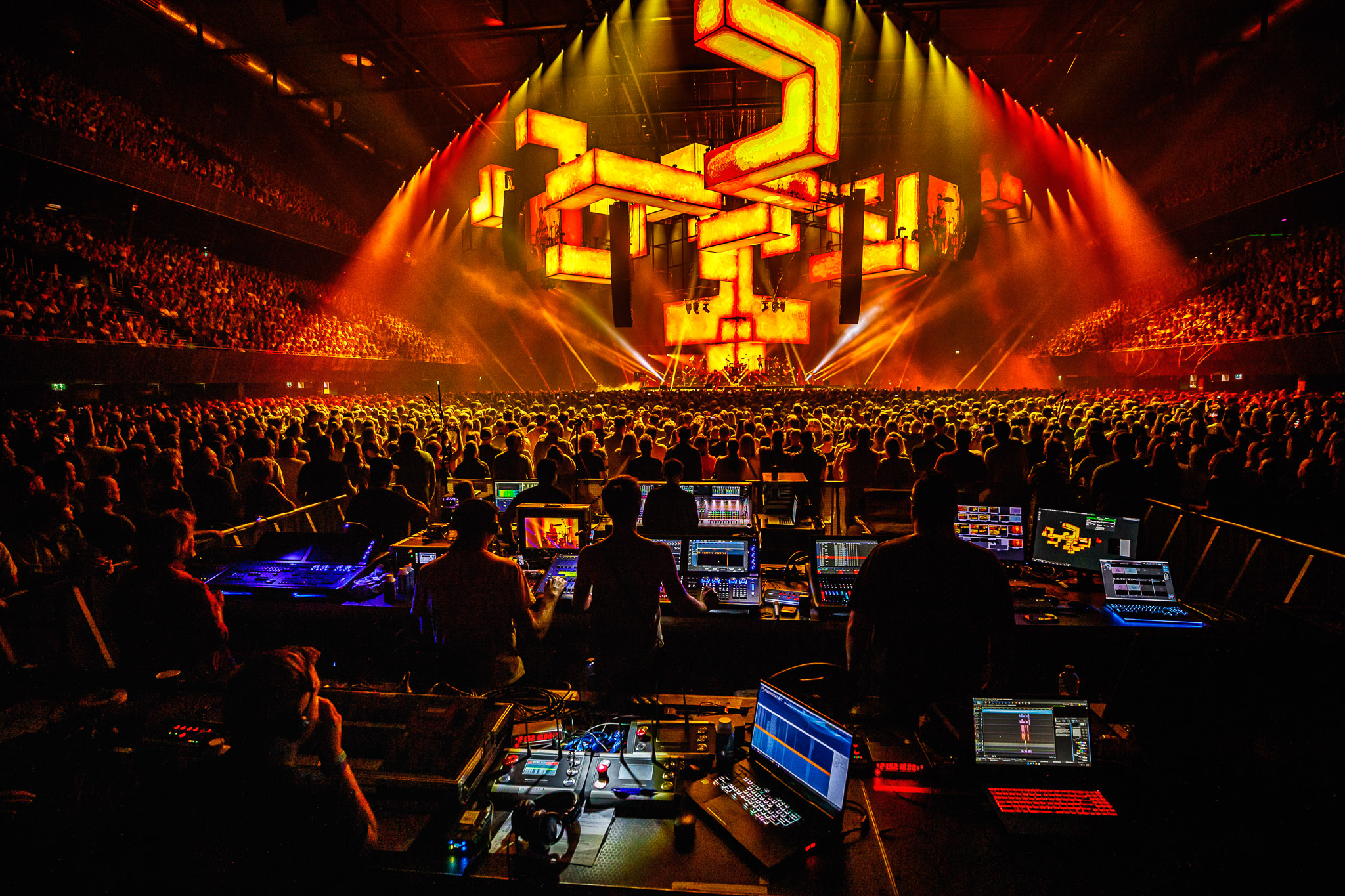 Dutch indie rock stalwarts Kensington have been widely praised by critics for bringing layers of added dimensions to their music without sacrificing any of its immediate power to engage emotionally. For six days this September, the quartet from Utrecht were supported by a light and video show that reflected the multi-faceted appeal of their songs.

The intricate and tightly coordinated show turned the 17,000-capacity Ziggo Dome into an immersive 3D galaxy of images that flowed in perfect harmony to the music being produced on stage. At the center of it all was a massive 800m² “tree,” made of blow-through and solid LED panels that worked cohesively with intense, fast-moving displays of light.

Like the entire production, the mesmerising video-and-light combination was the product of intense collaboration, as well as some seamless integration between two ChamSys MagicQ MQ500M Stadium consoles. (A third MQ500M was on site as a backup.)

“The thing that made this show much easier was that we did everything from the same show file,” said lighting director/programmer Leon Driessen. “I first made the cue stacks/cues on my MQ500M, and later we imported them into the video console using the Load Show Structure feature on the MQ500M used by our video director, Fabian Fisniku, who programmed on disguise servers. This worked out very well, as we only needed to make the show file once for all the cues and stacks, including timeline events.”

The 50-universe show (40 for light, 10 for video) was a tribute, not only to the skill of the production team, but also its collaborative spirit. “This was very much a team effort,” said Driessen. “Our stage designer Ronald van den Bersselaar, lighting and show designer Gert-Jan Schreuder, content creator Mr. Beam, and technical supplier Phlippo, as well as Fabian and me, gave a total effort to making this show special.”

This collaboration resulted in a panorama that can justifiably be described as “majestic.” The video tree, which began at the upstage deck and extended outward high over the audience, created an awe-inspiring effect that made it seem as if the stage were being delivered to the arena from a higher plane. Light shining through the transparent sections of the video panels, many of which were arranged in cubic configurations, added to this aura.

“Blowing the lights from the back of the stage far and high through the panels created this really nice 3D effect,” said Driessen, noting that over 430 fixtures, supplied by Phlippo, were included in his rig. Added dimensionality was created by crossing patterns of light that converged directly over the stage below the video panels, as well as by weaves of laser effects directed over the entire arena.

Key to helping Driessen run his show were the Timeline, Cue Link and Import Show Structure features of his MagicQ MQ500M. “The combination of these functions was a really important on this project,” he said. “We had like a lot of cues … really a lot … so using the cue link feature to makes sure the adjustments made for a verse or a chorus would be adjusted for all those cues used in the same verse or chorus was a real time saver.”

Driessen notes that it took 14 days, including rehearsals for his colleagues and him to complete programming this show. As fans at the Ziggo Dome would readily agree, it was time very well spent.