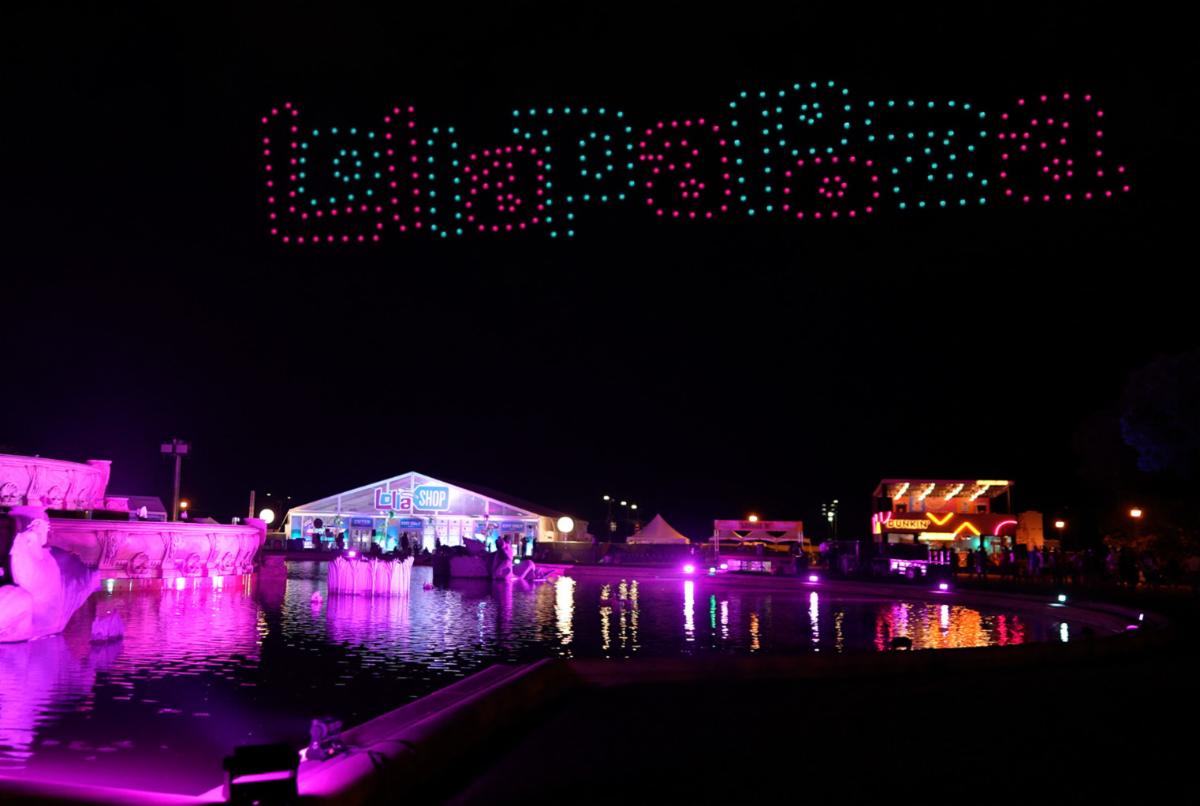 Verge Aero took Chicago’s famous Lollapalooza festival to new highs in July as 300 of the company’s custom-built drones danced high above the site to elevate the experience.

Acts as diverse as Dua Lipa, Metallica and J. Cole performed over the four-day event, which took place at the city’s Grant Park. It was the first time that drones formed part of the Lollapalooza spectacle, and Dua Lipa’s Friday night slot was the setting for the specially created Verge Aero drone show, which was staged in partnership with cellphone network company T-Mobile and Google Pixel phones.

“We actually launched the drone show over T-Mobile’s 5G network, using a Google Pixel phone,” reveals Verge Aero’s Mason Hayes, who designed the drone show using the company’s unique software and piloted the drones on the night. “We have a Verge Aero-created app that we can load onto smartphones and set the drones off on their pre-programmed flight formations, and it worked perfectly.”

Verge Aero has an existing relationship with T-Mobile, having collaborated on a gig for Canadian pop star Justin Bieber to ring in the new year in 2021.

During the drone performance, key messages and on-brand graphics were formed, including an alien UFO, a cassette, the Chicago flag and skyline, and a heart and rainbow. The imagery and words were created in Verge Aero’s visualisation and programming software by Hayes, in collaboration with the Lollapalooza, Google and T-Mobile teams. Hayes designed the show to be continuous with no dead space, forming the 300-strong drones to morph, flash, and beam in an uninterrupted display.

“We had a great launch site for the Lollapalooza drone show, just outside the perimeter of the festival fences that was a flat surface and away from the crowds,” Hayes continues. “The team was fantastic and it all went smoothly, with great feedback from everyone involved and, crucially, it went down well with the festivalgoers. My family is from Chicago so it was a privilege to put art in the sky using Verge Aero drones within view of the famous city skyline.”