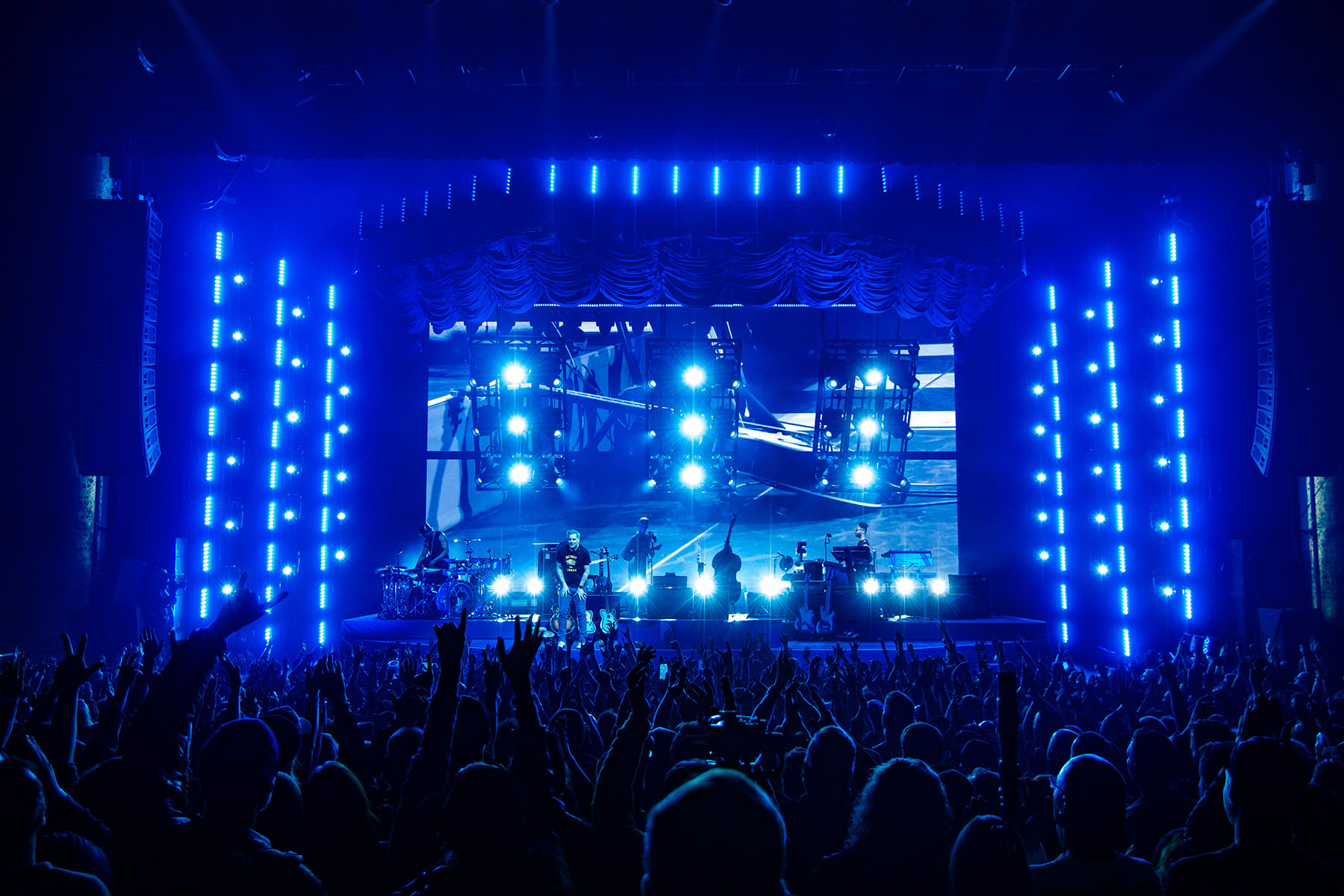 Guitar legend, enigmatic master of imagination and indie impresario Jack White – who shot to international prominence as one half of The White Stripes – is back on the road with the topically named “Supply Chain Issues” world tour, currently playing its first US leg. The artist is presenting not one but two critically acclaimed new albums Fear of the Dawn and Entering Heaven Alive.

Matching this creative excellence on the visual design side is Matthieu Larivee from Montreal-based LUZ Studio, whose original and cerebral approach to lighting, video and stage environments are a great compliment with his third collaboration with the artist.

Challenges have included creating a workable and scalable design to deal with both arenas and the smaller more intimate theatre spaces that Jack White loves to play. Also, there is a different setlist each night drawn from a vast catalogue of songs … so Matthieu and his FOH team had to programme for every possibility and to spontaneously recall and run song cues at a moment’s notice.

The essence of the design concept was to present an all-encompassing show look that works in conjunction with several different aesthetic ‘blocks’ of lighting and video, so the order of the set fits whichever numbers are played in whatever order.

This set design is a ‘stage-on-a-stage’ with double level risers that move downstage during the second number so Jack White and the band are both close together and nearer the audience. This also enabled the full stage setup to be installed upstage of theatre fire irons.

The three overhead trusses and three elegant 28ft high vertical side trusses – Jack likes the number 3 so it is often a factor in stage designs – can be quickly and practically expanded / contracted to suit the venue size. The side ladders enabled width and depth to be added quickly and easily for the arena shows.

The MegaPointes are rigged on these side booms and are used for ‘hybrid’ beam work, stage washing and for producing the more ‘graphical’ looks. “They are equally good for either intense narrow space defining beams or opened up wide for wash-like applications,” commented Matthieu, who needed a compact moving light.

“MegaPointe is perfect in terms of technology and creativity! They are packed with features and functionality, and I would absolutely not consider any substitutions for the MegaPointes,” he stated.

The Spiiders are rigged on the overhead trusses with some positioned on the deck. The floor-based fixtures are used for side lighting the band and to highlight a spectacular blue Austrian curtain on a curved truss which rolls up to form a neat border. The whole curved truss is automated and flies in and out strategically during the set.

The upstage LED screen is prominent, but the content is carefully crafted to suit the music and the moments, often more abstract, and sometimes featuring virtual lighting and effects baked into the video that is often near impossible to distinguish from the real thing!

“I didn’t want to draw too much attention to the screen, I wanted it to enhance the ambience and take on a supporting role while the focus remains firmly on Jack,” he explained.

There are BMFL WashBeams on the floor with a row of 16 along the back, used, among other things, for creating silhouettes, shadows and blending Jack and the band into the screen, so the two areas – screen and stage – become almost imperceptible. This simple lighting trickery is actually very complex to achieve!

Three flown over-stage pods fit ‘inside’ the arc of the curved truss, each pod populated with 9 x BMFL WashBeams which are focussed on Jack and the band. They move in by stealth as a curtain also drops in for either the quieter or the punkier songs, working equally well for the two opposing moods.

“BMFLs are still one of my go-to fixtures,” noted Matthieu, “because of their reliability and in this instance, because they are ideal for those graphical looks as well as being source-able everywhere.”

The three BMFL FollowSpots on the RoboSpot system are all on the downstage most truss.

The first block of visuals is very graphical, with lots of tight, razor sharp beams of light and linearity punching in from all angles. They currently have seven active blocks and another five that can be called up according to what is played next, all of which took detailed and meticulous programming.

The essence of the stage design was developed in 2021 after Jack opened the UK office for his label, Third Man Records, and played a gig on a small balcony on the roof. He enjoyed the close proximity to the band and the feeling of being in a special space together, so wanted to follow through with this on the tour.

Being physically close is especially handy for improvising and jamming.

So once the risers, general architecture, set-up, and scenic elements defining the stage were established, the trusses, lighting and video, curtains, and borders all quickly followed.

The tour started in Detroit with no full rehearsals as the band always plays properly live, however all the kit was set up in Solotech Nashville, and a jam session was scheduled enabling Matthieu and his team to rehearse the silhouette / shadow play plus other specific visual effects.

Touring lighting director Michelle Sarrat runs the show in an organic and musical fashion, going with the flow, and MO is “essential for the mood of this show” says Matthieu, elucidating that Michelle works with several EDM and electronic artists and brings a “very savvy programming style” based on capturing rhythm and energy live to the table.

Matthieu and Michelle programmed the show on a grandMA2 console, making a great combination.

The UK and Europe follow the US leg of the tour, with Japan and Latin America scheduled for the fall.