Tropic Glammies is back with a bang 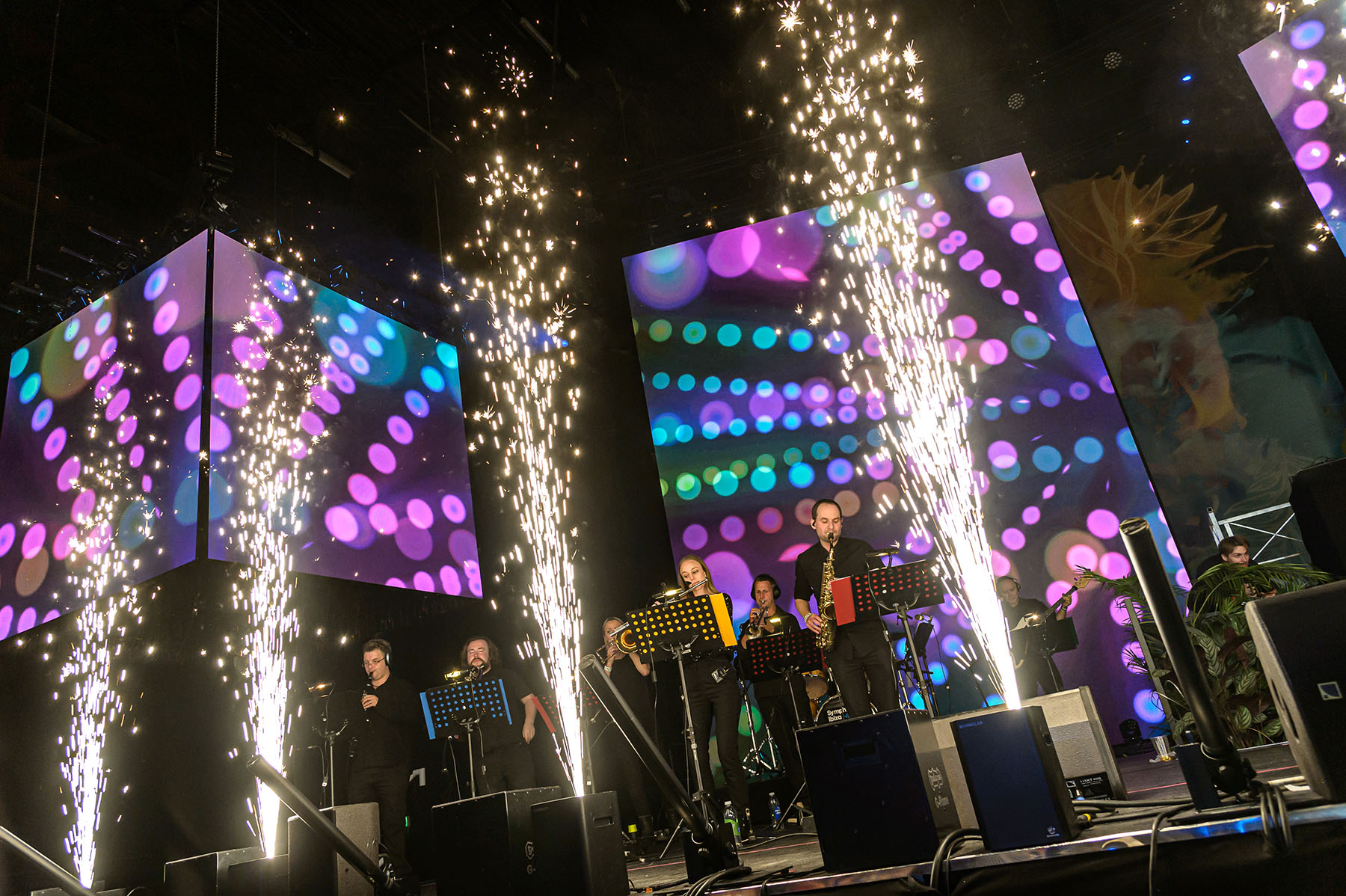 Seat-edge excitement was palpably present in the room at Birmingham’s Resorts World Arena for the first Tropic skincare in-person “Glammies” event to be staged since the pandemic. Attended by 4,200 top Tropic ‘Glambassadors’, product launches were combined with aspirational and motivational speeches, recognition segments and an evening gala Awards, plus full entertainment including live music from the 20-piece Symphonic Ibiza orchestra.

CPL created the production design from initial sketches to full supply and delivery. Being the first Glammies post-Covid, it was all about creating a big spectacle with lots of vibrance and energy in the room, complete with pyro and SFX. Additionally, the event had an oceanic / nautical theme related to the importance of keeping toxic waste products out of the seas.

The LED screen design set an epic tone, with two large portrait orientated slabs of Roe 5mm CB5 each measuring 7.2 by 9.6 metres upstage, and six different sized flown video cubes measuring 3.6, 2.4 and 1.8 metres respectively strategically positioned and flown. In total there were over 120 points of rigging on the project.

All screens were driven by Brompton SX 40 processors over fibre with full redundancy.

The stage featured a 12 metre long 5 ft high runway emanating at the front, ramped on the audience end enabling award winners to access the stage.

Behind and between the two main screens was a printed mesh Airtex event banner which was backlit with Robe Pointe moving lights for extra impact and to add depth. This was also part of a central walkway onto / off stage, which could help funnel the award winners – sometimes as many as a couple of hundred people simultaneously – into the correct positions onstage to get the optimal wide IMAG camera shots from cameras at the back.

Bespoke video content was commissioned by CPL and created by Matt Taylor from Method in Motion, and programmed onto two disguise VX4 servers, and the screen management was controlled via two Barco E2 processors.

As well as a special evening show opener production number, all of the daytime product launch sessions were interspersed with lively specially choreographed music and dance pieces. Bespoke video content was also created for these and synchronised to the live action, a slick, polished look that was also a highly effective break mechanism to keep people alert and attentive! 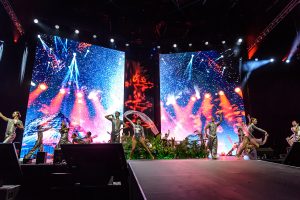 The 5 camera IMAG package included two Sony HXC units at the back of the room fitted with DJSuper 95 lenses, a 24ft jib, a dolly mounted camera covering the front-of-stage area and a roving wireless Sony FX9. These camera sources were mixed using a Kayak PPU.

The main reason for spec’ing the wireless hand-held for this event was to capture close-up shots during the product launches, relayed to the live screens – and for the 2000 plus audience joining via streamed video link, comprising a standard stream and a BSL one, with signers green screened backstage and keyed in live over the top of the main screens.

These close-up shots gave all guests a real sense of being right there in the room up close with the presenters.

The product launch activities were lit quite theatrically with lots of moody blues, aquas and other oceanic hues with overlaid gobo effects.

CPL brought Zeal Lighting onboard to deliver a complete package as most of their own lighting kit was busy on several other large jobs. The two companies have worked closely on other projects and “It was a great solution” stated Lee. “We have an excellent rapport – our crews and the kit combined seamlessly to service our flexible and dynamic lighting scheme that was integral to the show design.”

A selection of moving lights included products from Ayrton, Martin and Robe which were all positioned on 12 overhead trusses, controlled via a grandMA2 console programmed and operated by Josh Maxwell and Ryan Dell.

A large and brand-new L-Acoustics K2 sound system was supplied by Urban Audio with 12-a-side left and right main hangs complete with 12 x KS 8 Subs arrayed around the front of the stage, and 48 x KARAS as delays and side hangs. L-Acoustics X8 monitors were deployed for front fills and the consoles were a DiGiCo 338 at FOH and a Yamaha CL5 for monitors.

The room was acoustic modelled in Sound Vision and the audio rig designed around the results to give the best and most effective and efficient coverage of high-quality audio around the room for the best guest experience.

A selection of Shure Axient mics and DPA headset mics were available for presenters and speakers plus a full floor package of mics for Symphonic Ibiza.

Shedloads of pyro made it great fun feeding into the “Back with a Bang” narrative for the show opener, a special version of Bastille’s “Pompeii” which set a festive and joyous tone with Sparkulas, CO2 jets, smoke, G-flames and more, all supplied by Reach Lasers.

Lee concluded, “It was great to be back working with Pandora Events on a large live event for Tropic, who always want high production values, so it’s a great opportunity for all to be both creative and practical in delivering an outstanding show. The biggest challenge is always time, but this is where the great teamwork and synergies that we have developed in collaborating on these shows definitely pays off!”