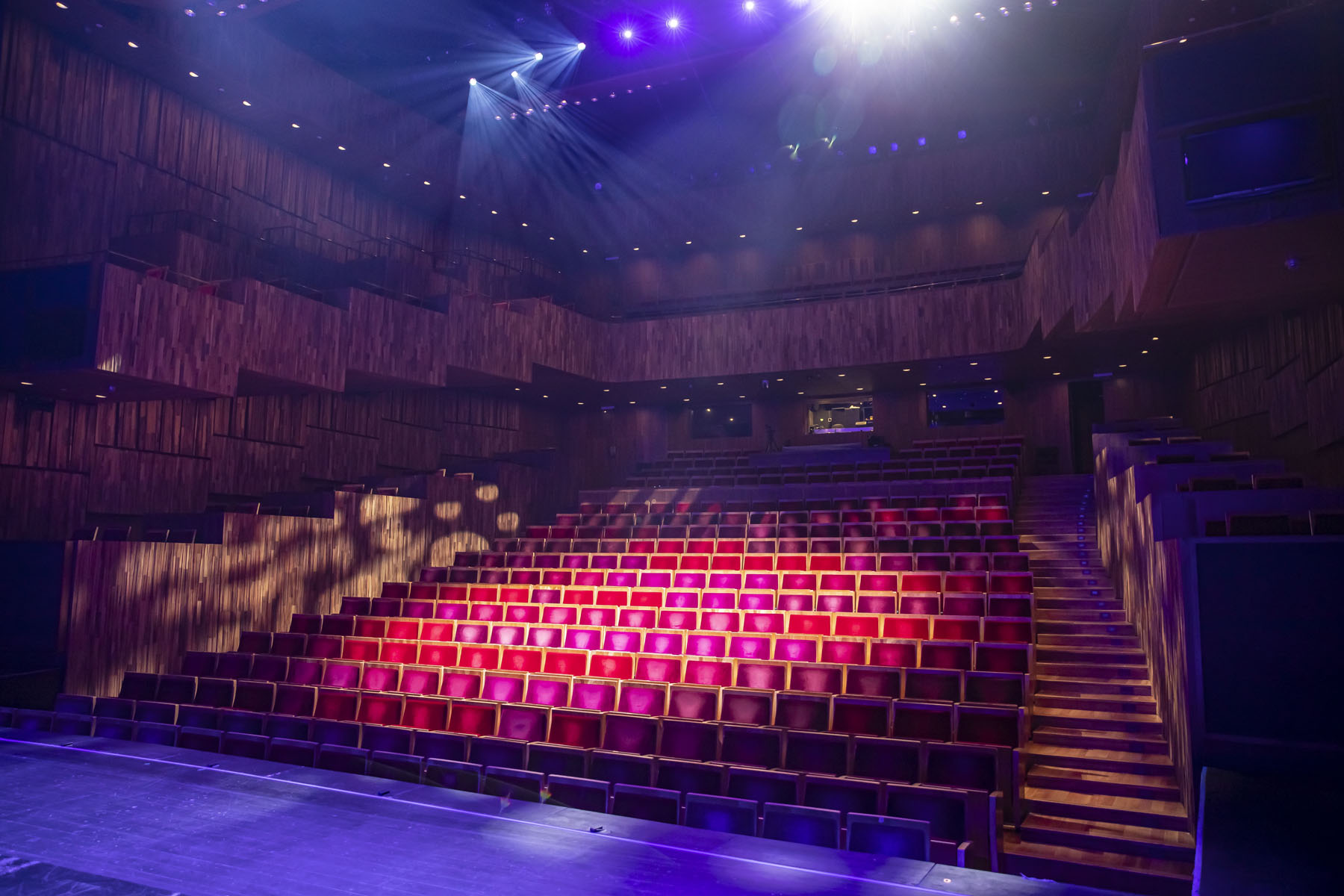 Művészetek Palotája (MÜPA) – Palace of the Arts – enjoys a commanding position on the shores of the Danube in Hungary’s vibrant capital Budapest and is a powerhouse for high quality arts productions. Its prestigious venues include the 1700-capacity Bartok National Concert Hall and the festival theatre which accommodates 450 people.

The lighting department – comprising 12 people – has recently invested in more Robe moving lights, with 30 x Tarrantulas and 13 x FORTES – Robe’s most powerful LED fixtures – joining the inventory and now in use, mostly in the Festival Theatre.

During the pandemic lockdowns, all MÜPA’s technical staff including the lighting department was kept busy staging streamed shows and they also ran drive-in performances in the car park outside.

MÜPA also seized the opportunity of ‘dark’ time during the lockdown to upgrade some of the technology – some of which had been in the building since it opened in 2005 – with more contemporary options.

Very democratically, all in the lighting department, had a say in what they thought should be the right choices of new luminaires, which enabled them to whittle it down to a ‘shortlist’ from which various shootouts were arranged.

The audio and video departments were also invited to attend these, so everyone could have input in how new lighting kit might also impact their respective work.

The audio team were concerned about quietness in relation to some of the noise-sensitive performances. They had frequently voiced an opinion on this with the older lights in use, while the video and broadcast teams wanted to ensure that any new lighting technology was camera-friendly, especially with the rising popularity of streamed and ‘hybrid’ events.

The main objective was to replace most of the old conventional lighting with modern, flexible, and of course more sustainable fixtures, so most of the old wash lights were switched for Tarrantulas, which also replaced the previous generation of LED wash lights in the roof which had arrived about 6 years ago. In turn these were moved to the optional floor packages for the Festival Theatre.

For Tarrantulas they were looking for a robust product that had a good zoom, as this had continually stuck on the older fixtures!

The first 10 Robe Tarrantulas arrived in 2020 and before them the first Robe products in MÜPA were MMX Spots specified for the Concert Hall 8 years ago.

Even though 2020 saw primarily streamed events happening that year, everyone did get enough hands-on practice with the Tarrantulas to rate them creatively. They loved the colours and the light output, while the zoom proved rock solid … so getting another 20 earlier this year was an easy decision.

FORTE faced some stiff competition during the shoot outs, but it came through as a clear winner!

The FORTE’S HCF LED engine was critical here as the high CRI is needed to properly and nicely light faces and produce fabulous flesh as well as fantastic colours. In the shootouts, FORTE proved itself to be the most sophisticated fixture and the one that offered the most creative options.

Other factors impressing everyone included the FORTES plus / minus green, the quietness, the accuracy of the shuttering and the absence of the “banana” effect.

On the noise tests with the audio department … it was quickly ascertained that the Festival Theatre’s AC emitted more ambient dBs than the lights! And when that was turned off, as the fixtures run cooler, the almost imperceptible amount of audible sound is acceptable, so that was a big plus.

The new FORTES and Tarrantulas have been in daily use in the Festival Theatre since full live performance and rehearsal schedules were resumed in the Spring. A wide variety of shows are presented there, from ballet and classical concerts to jazz, pop, rock, and some corporate events and even car launches.

Some productions will being their own lighting designers while others are lit by the in-house team, and so far, everyone is happy with the new Robes.

Everyone has a lot of respect for Robe as a brand especially for its reliability, and the lighting department also stress the importance of having a good relationship with the local distributor, in this case AVL Trade, which has worked hard and proactively to get Robe into some landmark installations in the city and around the country.

Other recent installations in Budapest include over 350 fixtures which are part of the house rig at the brand new 20,000 capacity multipurpose MVM Dome and at the Rumbach Street Synagogue, which is a newly renovated event space, museum, and place of worship.