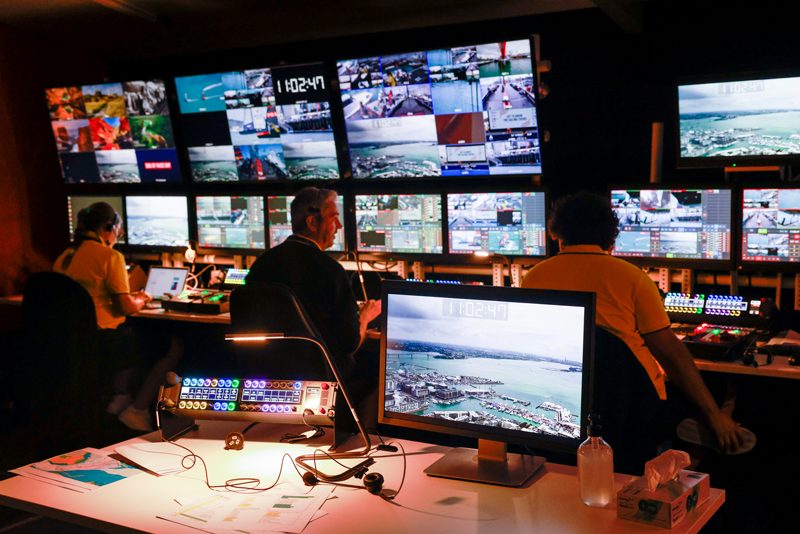 The America’s Cup sailing competition is broadcast live around the world. Its Head of Television, Stephen Nuttall, joins Epic Games, BK Johannessen and Fran Chuan of InnoQuotient to complete exciting keynote line up for upcoming show at Fira Barcelona.

As the world’s most established sailing competition the America’s Cup prepares to take place in Barcelona in October 2024, Integrated Systems Europe is pleased to announce the sailing race’s Head of Television, Stephen Nuttall, as the third and final keynote speaker for ISE 2023 to be held this year, at Fira Barcelona, 31 Jan – 3 Feb 2023.

Stephen’s keynote will take place at 17:30 in Room CC5.1 on Wednesday 1 February and will cover the challenging aspects of live broadcasting one of the most spectacular and difficult sporting endeavours in the world. The America’s Cup is breath-taking in every way. The human drama is intense, the scale is epic, and these boats have never raced faster. Hear first-hand how the team tackles planning, filming, editing, broadcasting live and more from the moving surface of the sea, in unpredictable, often harsh weather conditions. Discover how the stringent requirements for accuracy in all elements of racing are met – from the various sensors and imaging systems to precise measurements for the umpires. Stephen Nuttall will shed light on the innovative technologies and the collaborative effort involved in broadcasting the finest sailing competition in the world to a global audience.

Stephen has over thirty years’ experience working as a senior executive and as a consultant in the sports, media and digital industries and is Head of Television at the America’s Cup. His experience includes being Senior Director for Google/YouTube in Europe, the Middle East and Africa, and Group Commercial Director of Sky.

In 2011 he founded First Decide to help sports and entertainment businesses advantage of the opportunities created by changes in the media industry driven by technological innovation. First Decide clients include the sports rights holders (such as the 36th America’s Cup), broadcasters and private equity investors. Nuttall is also a member of Ofcom’s Content Board. Nuttall has an MBA from SDA Bocconi in Milan and from UCLA as well as a degree in Applied Physics from the University of Nottingham. He is the Deputy Chair, Vice President for Engagement and a council member of the British Science Association, a charity founded in 1831 that exists to popularise the role of science in UK society.

The America’s Cup is the oldest trophy in international sport dating back to 1851 and is a match race between two sailing yachts representing their respective yacht clubs: The Defender and the Challenger, who qualifies to race the Defender by beating all other challenging teams. The races have generally been held every three to four years. The most recent America’s Cup match took place in Auckland in March 2021 and was won by Emirates Team New Zealand, the most successful team in recent history, having won the America’s Cup 4 times since 1995. The 37th America’s Cup regatta, which includes the Challenger Selection Series, will take place between August and October 2024 in the beating heart of beautiful Barcelona, the capital of Catalonia and one of the most visited cities on planet earth. Situated around Port Vell and out along the beach to Port Olympic, the sailing world has made Barcelona their home for what promises to be one of the most intense America’s Cups in the event’s 172-year history.

For more information or to register, visit iseurope.org. Use A1 Lighting’s special code ‘a1lightingmag‘ for FREE registration.